'Tis the Season: Thinking Outside of the Gift Box!

2011 has been pure Shangri-La because throughout this year, I've had the honour and pleasure of conducting customized foodie walks as personal gifts for bridal showers, wedding anniversary and milestone birthdays.  Year 2011 ends on a high note when I wrap-up with the two final tours of Kensington Festive Foodie Roots Walks on Saturday December 17th and Friday December 30th... These final tours celebrate, embrace and share ALL the Festivals of Lights within multicultural Kensington marketplace and residential quarters. Both occasions will be extra special foodie tours, in part, thanks to the holiday food and drinks we don't get year round, but in part due to another reason.


On both occasions, I will have  a guest who will be the recipient of an amazing gift of Foodie "Flow" experience from their partner for their birthday gift and as a Christmas present. Discovering new foodie experience together on a guided food walk, while spending quality and quantity time sans cell phone distractions have often lead to an experience called "Flow".  Flow is the mental state of operation in which a person in an activity is fully immersed in a feeling of energized focus, full involvement, and success in the process according to author Mihaly Csikszentmihalyi in his amazing book, Flow: The Psychology of Optimal Experience!


Breaking bread always brings people together. In our case, tasting a variety of artisan Canadian cheeses and olive before yours truly recites, Ode to the Olive by late Canadian poet, Irving Layton. Flow experience might happen while we sample Jamaican Dark Rum Christmas Cake after yours truly recites An Ode to the Fruitcake (this is recited by local innkeeper Jon Tschannen at the annual Christmas cake toss event in Manitou Springs, Colorado)  seem to literally bond each guests along the walks.

There's still time to book spots or order a Gift Certificate and surprise that foodie in your life! It's simple. Give the office a quick call at (416) 923-6813 to give us a heads-up. Drop into our website A Taste of the World Walks Print and complete the Gift Certificate Order Form and mail it with your cheque. We will e-mail you right away the A Taste of the World Walks Gift Certificate to be printed and placed in an envelope. It's up to you to then decide whether to place it in a gift box, wrap it up and place it under a Christmas tree or give it with the Chanukkah goodies.

Tis the Season: Share ALL the Festivals of Lights!

I love this time of the year as the spectacular sunsets take place earlier each day and the crisp morning air gets nippy due to dropping temperatures approaching the freezing point, and we're shrouded with coldness and darkness...


Let there be light, I say!  Lets light up the night!  All of a sudden, there's a plethora of glowing candle lights and cavalcade of lights at homes and in public spaces. There's something magical about basking in the soft, warm glow of any form of illumination in the dead of winter, especially over the holidays in Toronto... the city of neighbourhoods.

Is it a coincidence that Toronto has so many Festivals of Lights to celebrate? At this time of the year, this city lives up to its ancient First Nation namesake, Toronto, The Meeting Place.  Lets say it's a wave of festival of lights... Diwali, a.k.a the Indian Festival of Lights (started on October 26th 2011 and ended 5 days later), kicked off the festival within Gerrard Street's Little India neighbourhood, in addition to other locations, running for five bright nights... Then the lights get passed on and we have Eid Mubarak (November 6th, 2011), Chanukkah (starts at sunset onTuesday December 20th, 2011 and ends at sunset on Wednesday December 28th), Winter Solstice (December 21st), Christmas (December 25th) and Kwanzaa (December 26th to New Year's Day). Want to celebrate, embrace and share them all?  Check out the popular annual Kensington Market Festival of Lights which is celebrated on the streets of Kensington Market during the Winter Solstice.  This awesome Street festival features a lantern parade, drums, costumes and more. Free. It starts from Oxford/Augusta Streets at 6:30PM. You might see me there with my with hubby celebrating and embracing it all! Have other plans that evening or you can't stand being in the cold for too long in the evening?

Year round, I conduct seasonal bounties foodie walks along the Kensington Foodie Roots Walks within the residential and marketplace of Kensington. Peeling back 200 years of immigrant food roots for 10 months begs for a change of scenery once we're into the month of December. Since there are several festivals involving lights, I figured that's a good enough reason to celebrate and embrace ALL of them: Diwali Festival, Eid, Hanukkah, Winter Solstice, Christmas, and Kwanzaa.  Did I mention that the most important part of all this celebration and embracing the different holidays is the food and drinks served during this special time of the year?

Over the last couple of years, I've consider myself honoured and lucky to be able to share the diverse holidays celebrated along the Kensington Festive Foodie Roots walks on December 10th, 17th and 30th (Note: special addition).  Part of the excitement is to inspire my walking tour guests to do the same by opening the doors to their minds and allowing them to embrace all the holidays and the diversity the experience brings. I'm excited about reciting an ode to the Fruitcake after tasting delicious Jamaican Black Rum Christmas Cake from Patty King (yes, I've had guests who swear that they are passionate Christmas Cake tossers only to become Christmas cake lovers and beg for more!). We might do a toast to the holidays with Ting! (the national drink of Jamaica) or with the refreshing Mexican apple cider or the specially brewed Syrian spiced tea at Akram's Shoppe. I'm always flattered when a guest e-mails after one of these special walks with a hearty thanks for planting the seeds of such a simple idea. I love it when folks share how they take it to the next level by putting their own personal stamp on the idea of sharing the diverse holidays, by picking the highlights from our fun foodie tours! Chocolate rugullachs or Cranberry/Walnut Vegan Loaf from Moon Bean Café anyone? Dark Chocolate Baklava from Akram's Shoppe anyone? Some Niagara Gold Cheese or Maple Cheddar with the Montreal-style St. Urbain bagel respectively from Cheese Magic and My Market Bakery anyone? Mexican Christmas treats like churros or buenuelos or tamales or Oaxaca cheese anyone? Chilean Christmas treats like pastel de choclo or alfajores anyone?  Endless holiday foodies possibilities...

By the way, here's food for thought. When it's December 21st - Winter Solstice is not just Winter Solstice! For the Chinese community, Winter Solstice is called Dong Zhi and it is traditionally celebrated with the decadent Eight-Treasure Rice Pudding equivalent to the English Christmas Pudding that could surpass what would have been served by the Denison, the founding family of the area given the name, Kensington. Meanwhile the Persian community celebrates Shab-e Yalda with outdoor bonfires and then head indoors to gather around the korsi (usually a low, square table covered with a cloth and laden with numerous symbolic and delicious dishes).


What's your favourite Festival of Light? What part of Toronto do you try to visit just for its lights? 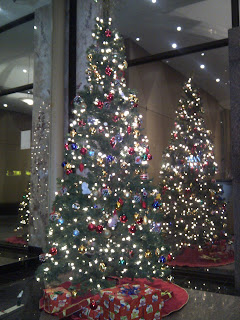 Merry Christmas to one and all!
Have a happy but safe and relaxing holiday season and all the best for 2012!
Stay tuned on how I celebrate the New Year three times and three different ways!
Oh, if you still need a gift for a foodie in your life...
Treat them to  Kensington Festive Foodie Roots walks !
You still have time to book them on one of the tours scheduled on
December 10th, 17th and 30th (Note: special addition not listed on website).
Then give them special instructions to show up at the base of the red art pole with the Black Cat on the Yellow Chair (Spadina Avenue/St Andrew Street).
Posted by Shirley Lum at 5:29 PM No comments:

What the Dickens! Food Blogging At the Best of Time: Clotilde Dusoulier in Toronto 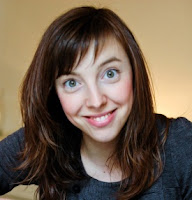 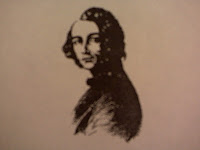 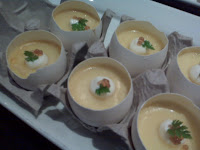