How Many Ways to "Goof Off" for the Summer? 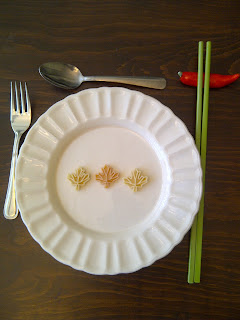 Can you feel it? Summer is here!!!  Yipeee! For some folks, summer officially starts with Summer Solstice... For those still in school, the last day of school was the marker... The marker for me seems to kick-off with the Canada Day/July 1st long weekend... meanwhile a few days later, our American neighbours celebrate the American 4th of July holiday. It's summer vacation time right up until Labour Day (Canada) or Labor Day (USA).

Happy Canada Day weekend if you're one of my Canadian readers! Happy Fourth of July, if you're my American readers!  It's "Goof-Off Time" whether you call it vacation or you decide to stay put and dub it  a "staycation". Oh wait, did I hear you mutter something like you're NOT taking time off?


Here's a question (from Alan Kearns of CareerJoy, one of my favourite career consultants) I am sharing with you to savour: why are you NOT taking a vacation/staycation? Yes, I can already hear all of your reasons; "I am busy, who will do my job, I will have too much work to do when I get back, I just want to complete this project", and so on, and so on... I am hoping this will give you some food for thought. If you are truly a dedicated employee, then TAKE your vacation. You, your family, and your employer will benefit.  To get you going, here are our own juicy events and more between July to Labour Day... 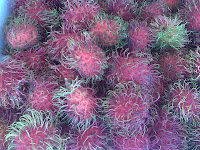 When's the last time you block off just a day (that happens to be a Friday ;-) as your "Goof-Off" Day? Well, a few years ago, some of you requested for private food walks on a series of Fridays... As you're aware, often we have interesting food for thought discussions. We discovered that some of our local folks merely wanted to avoid the weekend crowd and the long line-ups while shopping. At the same time, many expressed an eagerness to peel back the layers of culinary history in a given area while tasting new and familiar items. Meanwhile, there's an increasing crave for a balance between healthy and decadent tastings and cooking ideas. Well, the Foodies Friday Series is back July/August 2012 as it was well received in summer 2011 by locals treating themselves to "Goof-Off Fridays" as we all get a chance to catch a glimpse of the market gearing up for the weekend madness. If you're visitors leaving Toronto by Saturday morning, we were thinking of you too!
Check-out A Taste of the World's Tour Descriptions and watch for A Taste of the World's tweets on Twitter as we announce the new twists on these special Fridays. Do  book your spots right away to avoid being disappointed as space is limited to ensure quality tour experience. 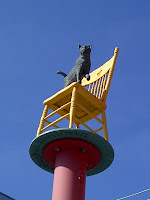 There's something exciting about getting to the market as early as possible and tasting the bounty, be it multicultural harvest or not... We are thrilled to announce that the Broadview Gateway: 4 Cultures tour will be held on Saturday mornings instead of Sunday because there's a new exciting farmer's market we thought had to be included so we can all support the local farmers and of course, the best part, savour the local produce! Again, we highly recommend booking via email or call(416) 923-6813 sooner than later to avoid being disappointed!
Kensington Foodies Roots   July 7, 28, August 4, 25, September 1st, 2012
Broadview Gateway: 4 Cultures   July 14, August 11, 2012
Foodies Gaslight Stroll: Rosedale & Yorkville Village   July 21, 18, 2012 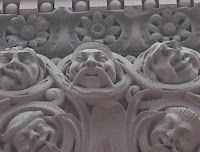 There's something about the quiet calm air of Sunday morning... hence, we like to "ease" into a Sunday morning, and traditionally starts any of our Sunday Foodies with Check-in time 9:50AMish ... You'll get your excitement as the day progresses... Need the Tour Descriptions? Both of these tours include hosted dim sum. The difference you might wonder? The Lost First Chinatown Foodies Walk's finale is hosted "Low-wah Kew" dim sum a.k.a. Old Timers' dim sum ordered by your hostess/culinary historian, Shirley Lum (taking into account food allergies and/or dietary restrictions). There is aways much food for thought as we pour through the latest Chinese horoscope book for insights into the Year of the Dragon, a year of opportunities!
Second Chinatown Foodies Walk  July 8, 22, August 2nd, 19th, September 2nd, 2012
Lost First Chinatown Foodies Walk  July 15, 29 August 12th, 26th, 2012

You know you're on one of the eeriest ghost walks when your tour guide uses this kicker at the beginning of a ghost walk, "Is Toronto, the Meeting Place for the Living... OR the Dead?" and then wraps up the ghost walk with a chant to bring closure and everyone is stunned silent... Each ghost walk includes a stop into an eatery of some sort, of course, giving us a "reason" to go for some local treats, public restrooms, and paranormal sightings (not all in that order). 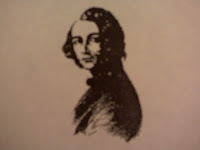 Have a bit of Nancy Drew in you or perhaps you've fancy yourself in Da Vinci's Code following a trail of clues that leads you to the next clue? Well, you're in luck whether you're a Charles Dickens fan as 2012 happens to be special thanks to 200th bicentenary celebrations and 170th anniversary of his actual visit of Toronto. 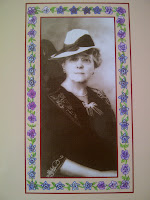 Now you're probably wondering about Canadian literary scene and if you happen to be a big fan of either children's book, Anne of Green Gables or Jane of Lantern Hill, you can follow in the footsteps of this famous Canadian author, LM Montgomery as we trace sites connected with her over the last seven years of her life in Swansea Village, in the west end of Toronto! Make it this summer to explore this neighbourhood. Bring cameras!
Swansea & LM Montgomery   July 28th, August 25th, 2012 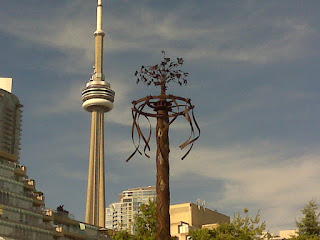 If There's One Thing You Have to Explore in Toronto this week...

Need some more inspiring ideas to go off-the-beaten-path in Toronto? Just to get us started... May I suggest supporting local theatre whether you're a local exploring a new neighbourhood or a visitor exploring Toronto. Lucky for you, July 4th-15th, 2012 is the 24th Toronto Fringe Theatre Festival where 155 shows were "picked out of hat" and "this is art without a filter, and that is bubbling up from every corner of Toronto" ! Yes, you just might be rubbing shoulders with me at any corner of T.O. at one of these awesome theatrical productions!

Stay tuned for more ideas as I'm going to launch once a week on Tuesdays over the summer of 2012... Those who follows my tweets on Twitter on Tuesdays, will be familiar with the Hashtag: #TravelTuesday. Travel could include staycation and vacation ideas that are within a skip or a hop from one of A Taste of the World's Walks. Oh, and feel free to jump right in, add a comment or two about your own nook and crannies you'd share with friends!

DREAMLAND; TEXTILES AND THE CANADIAN LANDSCAPE at the Textile Museum of Canada (55 Centre; S of Dundas St W) now to September 30th, 2012
Adult $15  SR $10  ST $6  Wednesday 5-8 pm PWYC
Unlike countries like India, Iran or Japan, Canada does not immediately jump to mind when we think "rich textile traditions". Most definite, you'll thank this museum's curators for deepening your appreciation of Canada's woven, hooked and sewn heritage as they juxtapose the work of 10 contemporary Canadian artists with Canadian clothing and domestic textiles from the collection. Look out for Michael Snow's video of billowing cabin curtains and Barbara Todd's quilt and prints based on beach pebbles; both works give you a taste of  Canadian summer.  Enjoy before it's the end of summer!
Posted by Shirley Lum at 12:57 PM No comments: 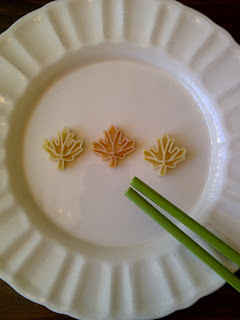 What sweet irony this moment is for me... I am wrapping up this Canada Day post to dash off for a glimpse of the 11th annual National Congress of Chinese Canadians Parade and Toronto Pride Parade... Meanwhile, my adoring husband is steam ironing his own shirts! I would stop my writing, and step in every so often to help out...

There's something about the hot steam spewing out of the new iron that transports me right back to  Elizabeth Street circa 1930s when over 300 Chinese hand laundries existed in the vicinity... and I'm talking about the stretch from behind the New City Hall up to Dundas Street W... this little unassuming and quiet side street is one of my favourite nook and crannies along my Lost First Chinatown Foodies Walk (formerly known as Toronto' First and Second Chinatowns Walk)... out spills the Chinese hand laundry stories I usually share with guests, be they long time Toronto residents, new comers or visitors.  This Foodies Walk traces where the seeds of Toronto's first Chinatown were planted back in 1878, uprooted and  transplanted north and west to the present-day and thriving Chinatown. This current site in the Spadina/Dundas axis is more of a reality for most folks, meanwhile the old Chinatown quarters of the very first Chinatown is fast slipping away with new shops moving in, and office tower and condominiums going up.

What's hard to grasp - all of the folks who resided and worked in hand laundries were men from the Canton province, a lush agricultural southern region of China. Any who survived working on the hazardous Rockies segment of Canadian Pacific National Railway. Yes, our first Prime Minister, Sir John A. Macdonald's National Dream of uniting all the provinces from coast to coast brought many of those men to Canada, and the rest as they say is history! These brave men made their ways to Toronto to join a family member who started up one of those labour intensive businesses. It's hard to believe that the hushed street of present day was bustling as the customers drop off or pick-up starched laundries: the judges, lawyers, nurses and housewives! 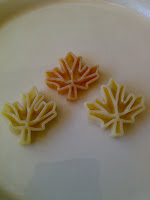